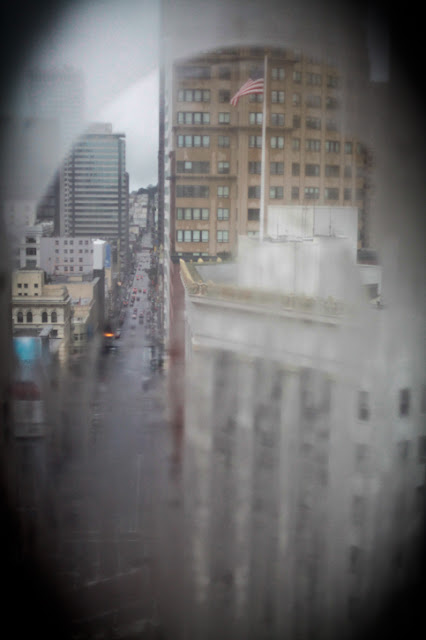 It was time for everyone, except me, to leave back home that day. So after several failed attempts and a bunch of waiting around, we finally wrangled everyone up for a group photo in the lobby of the Westin around 2 o'clock. 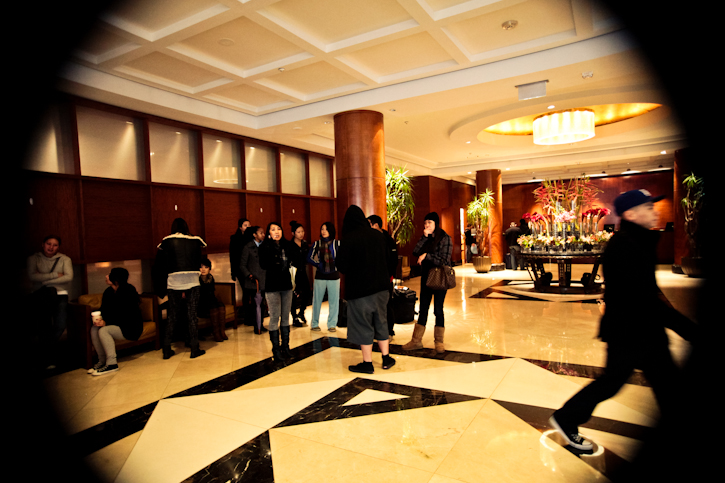 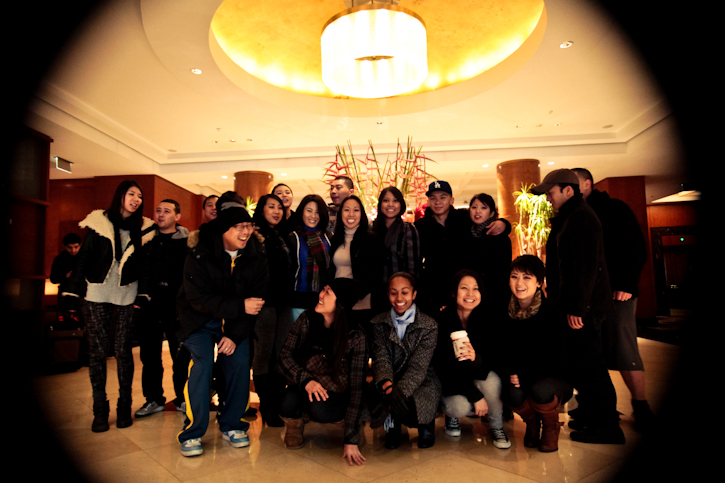 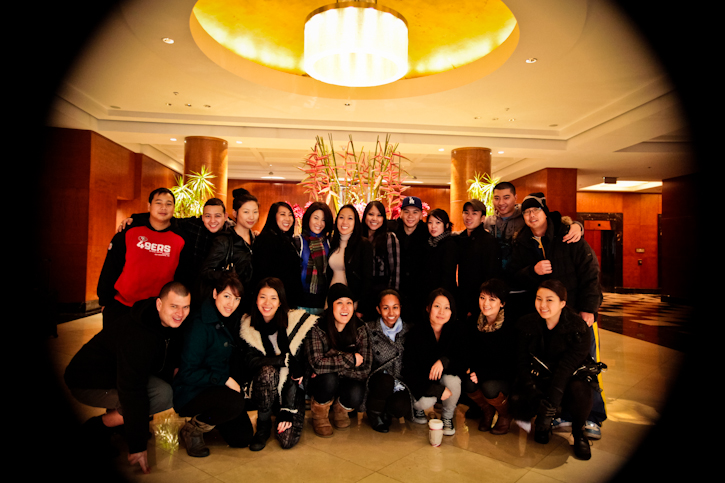 ^Handed my camera off to someone else to take this shot.
I was still out of it from all the sake I had guzzled down the night prior at the karaoke bar, or else I would've suggested we all do something a lil more fun and less formal. 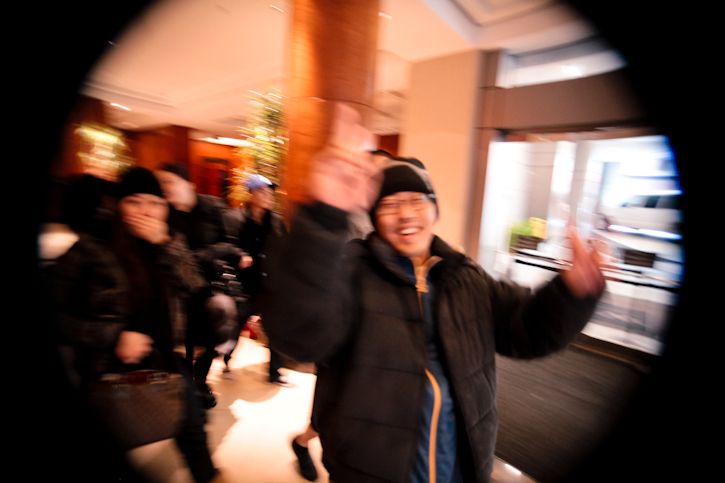 We said our goodbyes to the half that were driving back down south in the huge rental van. Then the girls and I went for a walk through Union Square. They went to shop. I just snapped photos relentlessly, as usual. 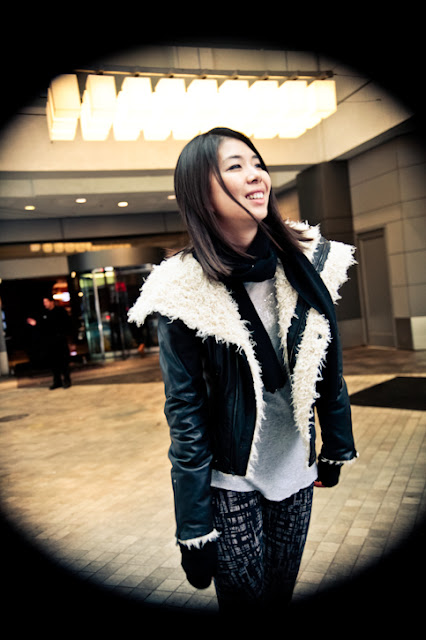 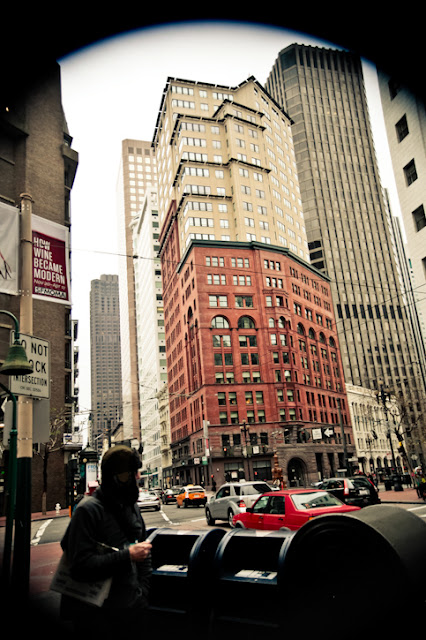 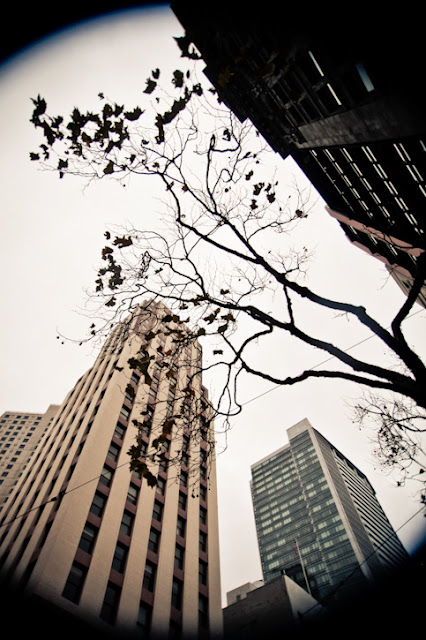 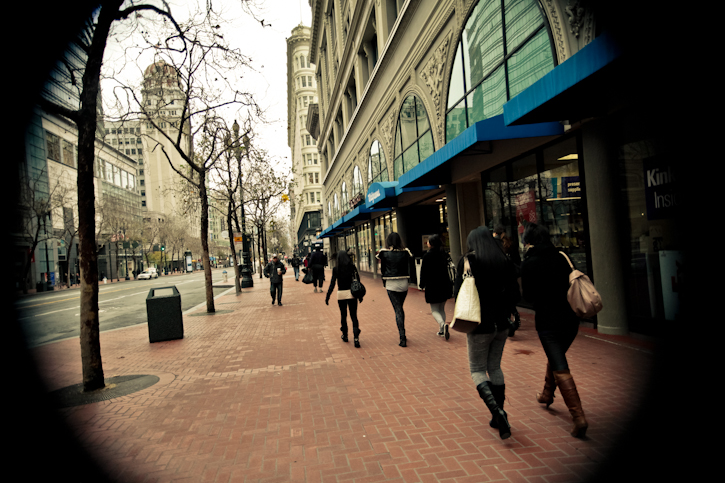 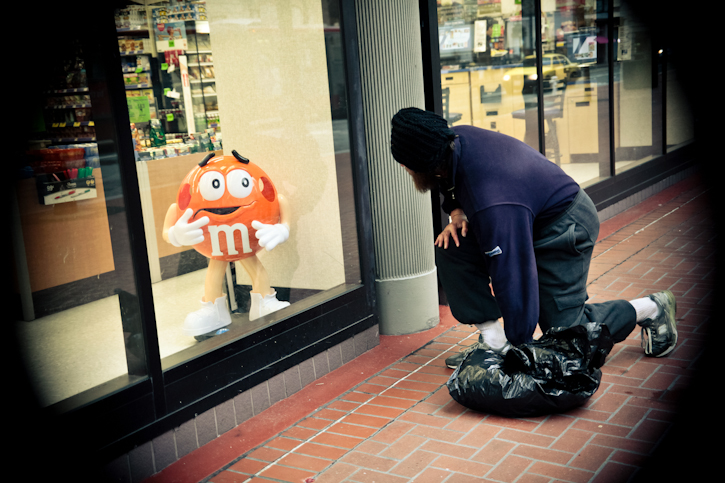 Many believe that the bums in Frisco are frightening. Apparently, even M&M's are apprehensive to make friends with 'em. 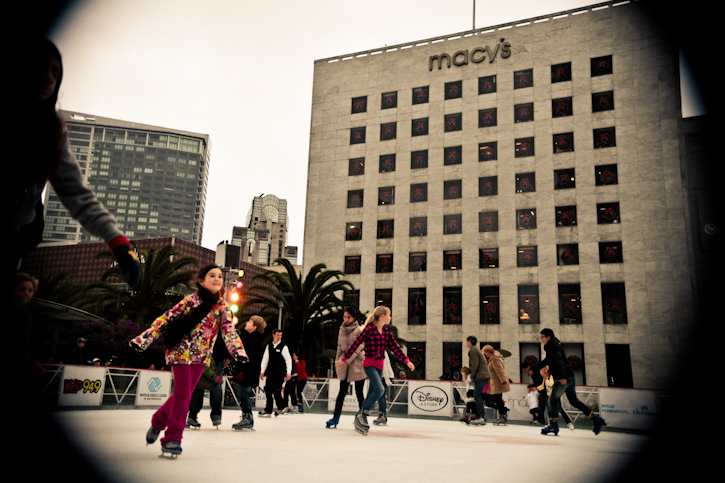 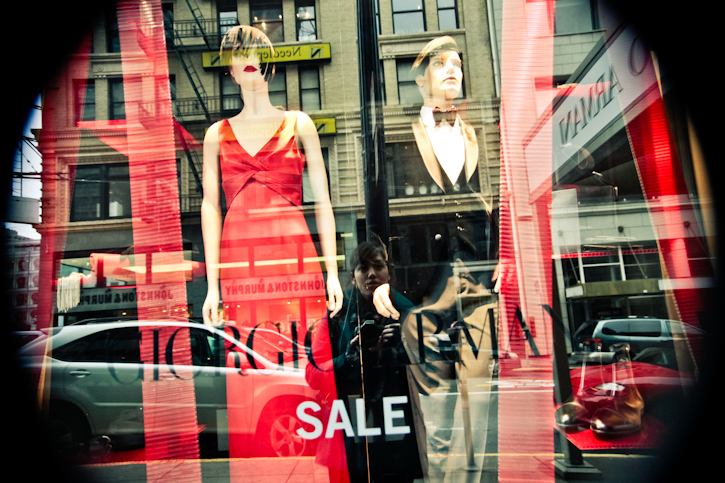 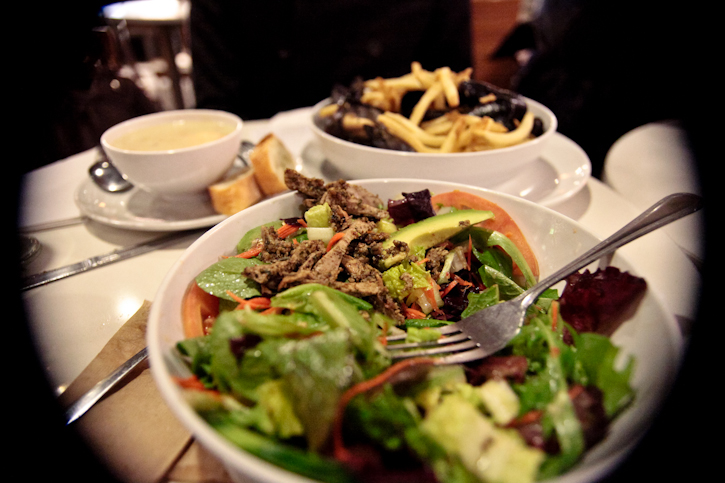 An amazing vegan salad for dinner. 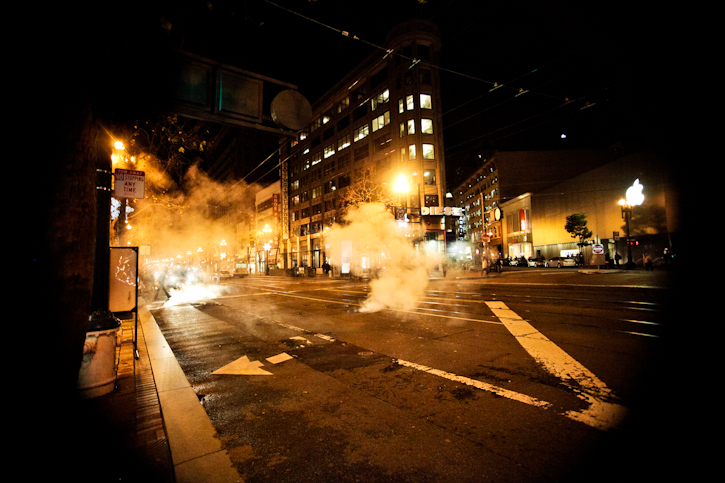 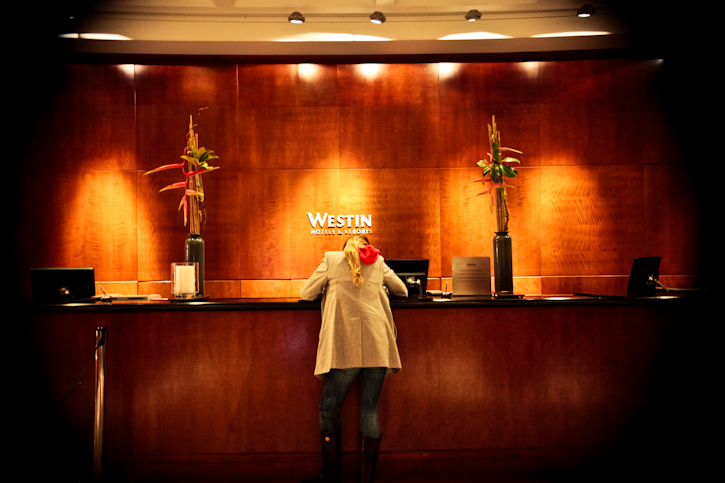 Last stop back at the Westin to grab my stuff from the bell desk and then head over to Jessica's pad again for the night. 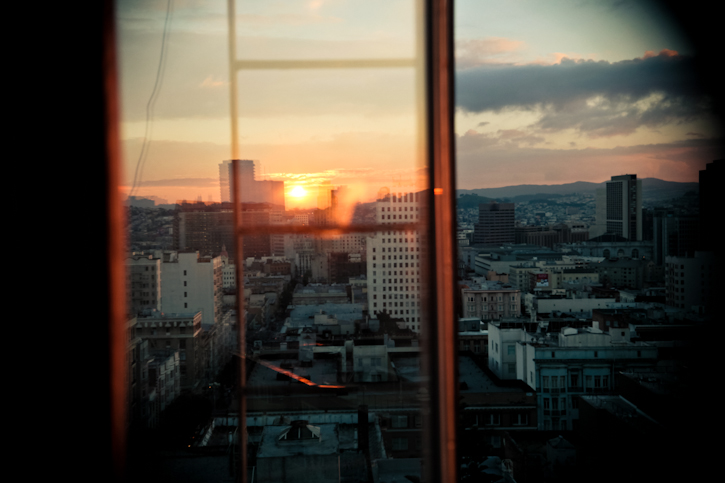 Had a lazy day in bed watching Grey Gardens and Good Hair with Jess the next day and then later caught the reflection of the sunset through her window. 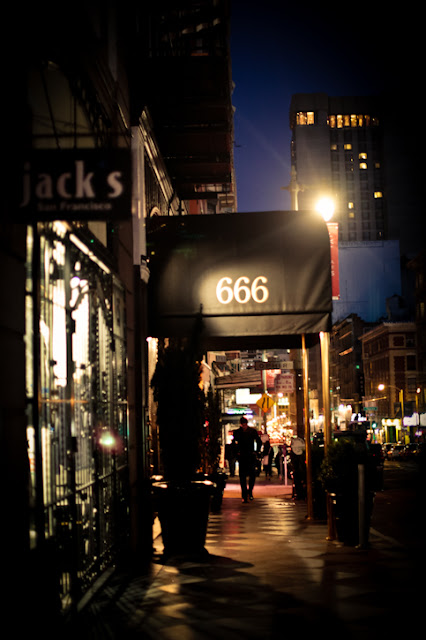 Walking down to the BART station on Powell St. 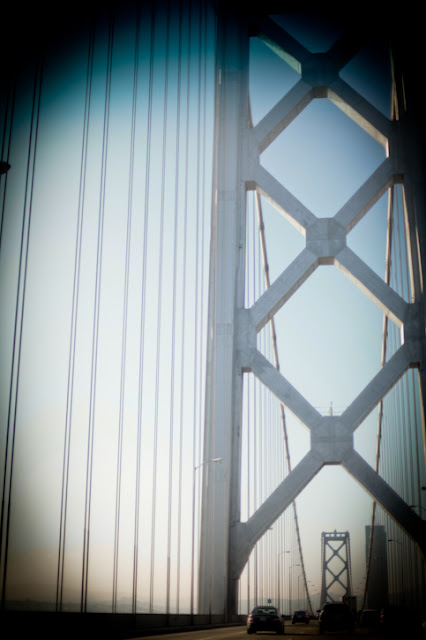 My last day in the bay was sunny and beautiful... 'twas a bittersweet departure. 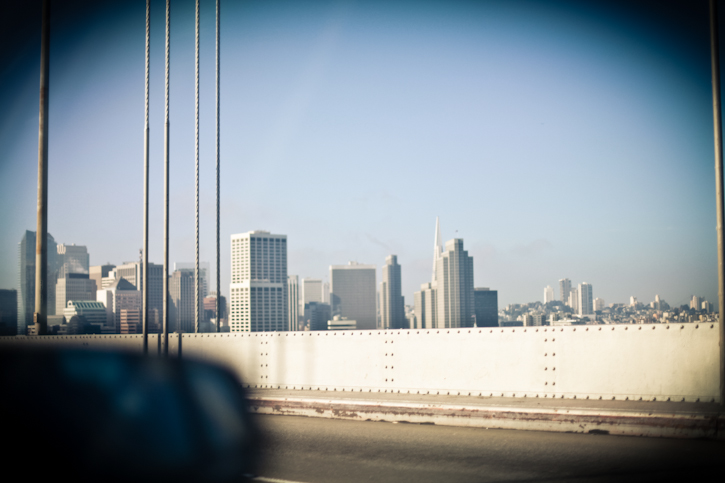 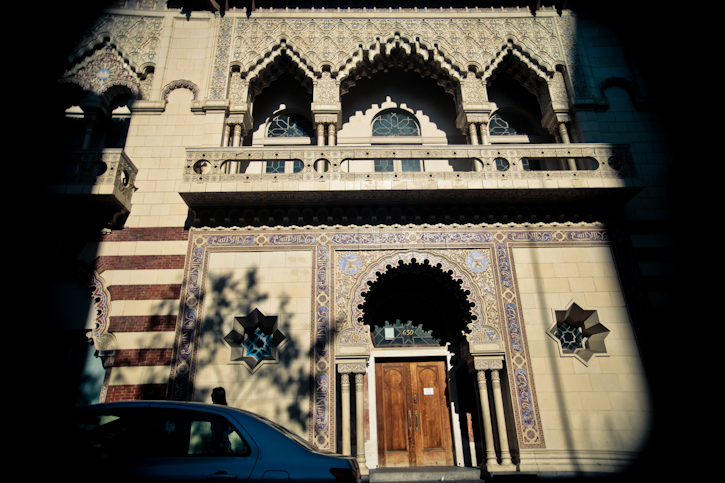 Snapping photos from the passenger side while Babak drove, we passed by this mosque and it made me long to hear the call to prayer and eat baklava again.  How I miss you, Istanbul.
Email Post
Labels: BravoImage.com Life