While in Virginia, I had the pleasure of meeting Kelly Adcock (pictured above on my left), a 41-year-old resident of Charlottesville that spoke warmly about his sick mother who he lived with and cared for. Kelly's best friend, Al Jensen, kept claiming that Kelly was such a southern gentleman and a loving son. "He takes good care of his mama! That's how you know he'll treat any lady right!"

When Kelly's mom called and he spoke to her with such affection and sincerity, amidst the drunken chaos of my classmates and I laughing hysterically in the back of a pick-up truck at a party, it made me smile to see the love he had for her. "She's an awesome lady," Kelly said after hanging up. "She's on an oxygen machine and can't leave the house 'cause she's had pneumonia 4 times in less than a year."

This made me think of my grandmother, Sara, who passed away from pancreatic cancer 6 weeks after being diagnosed about 3 years ago. She had so much loving support from family during her final weeks and it was truly a blessing for all of us to go through it together. My dad's mother, Luzmila, is 93 years old and currently lives in Peru suffering from senile dementia along with several physical ailments after having a stroke about 20 years ago. Her daughter, son-in-law, and a live-in nurse care for her now, ever since my dad decided to stay in the U.S. to work and raise me; he sends money monthly for her medical bills and visits whenever he can.

Because of my grandmothers and the values instilled by my parents, I've always had a soft spot for elderly people- especially sick ones. This is what prompted me to get Kelly and Al's phone numbers and follow up with them the next day... but there was no answer on Kelly's cell phone, so I called Al. I told him that I was interested in doing a photo story on Kelly and his mom and he told me to just swing by their house. I stopped by the following day and was greeted by a friend of the family who informed me that Kelly was taken to jail on charges of illegal distribution of marijuana on the morning after the party.

Luckily, Kelly was on the phone with his mother when I came over and he gave her the O.K. to let me in and take photos for my workshop class. 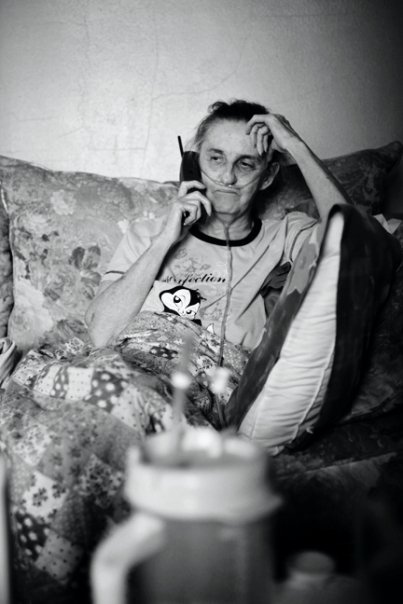 Charlotte was distraught by Kelly's absence, yet still kindly let me into her home to sit and talk with her about her situation, which was a lot worse than I had expected.


At age 66, Charlotte has a plethora of medical issues, including chronic obstructive pulmonary disorder (COPD), a pinched sciatic nerve, and a brain aneurism to top it off. 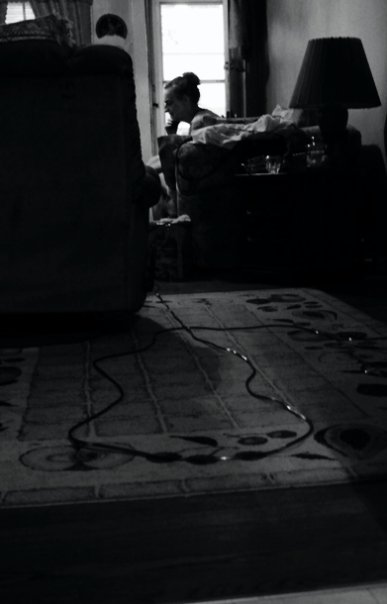 Mel Gibson, a family friend, takes care of Charlotte when he can while Kelly is locked up. 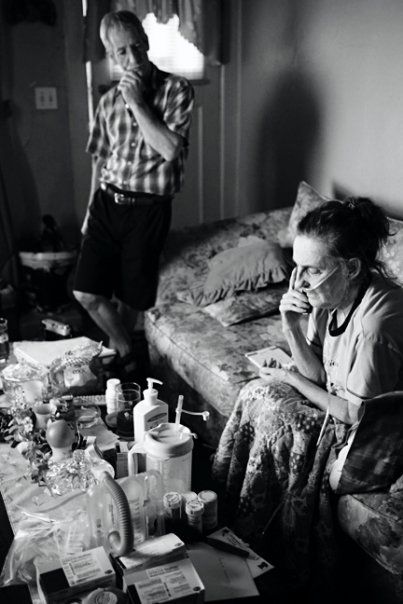 I spent several hours with Charlotte over the span of four visits during my week in Charlottesville and in that time I realized something about myself and about why I love photojournalism: lending an ear to Charlotte and sharing her story through my photos helped not only me but also helped her a lot as well. 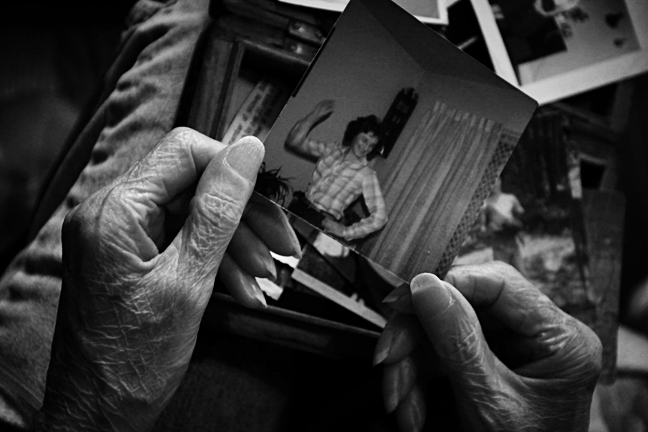 I used to want to be a counselor before switching over to photojournalism in college, but I still feel like those skills are very useful to me in helping people feel understood and be comfortable with letting me take their pictures. 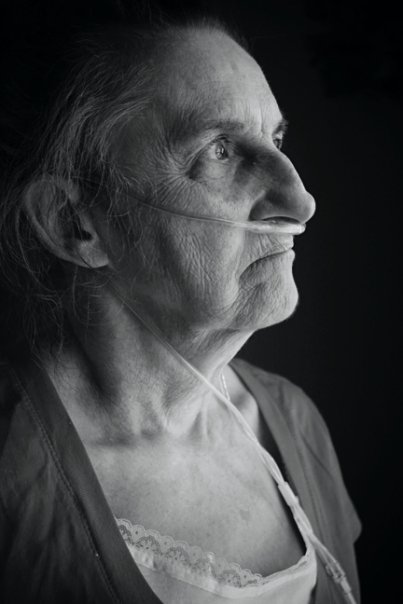 I plan on keeping in contact with Charlotte and possibly following up with her after Kelly returns home from Jail, which I hope will be soon.