Digging through my old archives in Lightroom, I came across a memorable event that I photographed during my first few months living in Lima-- a presidential debate viewing held in Miraflores on the evening of May 29th, 2011.

I remember happily riding around on my bike with my camera bag strapped to me while my pops, who was visiting at the time, kept calling me every half hour trying to convince me that it was unnecessary for me to be there and that it looked like a tacky crowd. That's my dad, always looking for out for me and always talking shit.

There were thousands of flag-waving enthusiasts and a good amount of riot police standing by in case things got out of hand. But unfortunately (from a hungry photojournalist's perspective), it was pretty damn tame. The opposing crowds were separated by about half a mile (bo-ring!), each one cheering wildly for their candidate. It was only down to two at this point: Ollanta Humala, a former army officer who ended up winning the election, and Keiko Fujimoro, daughter of controversial ex-president Alberto Fujimori-- currently imprisoned for the next 20 years or so on charges of embezzlement and bribery...what an amateur.

Both candidates were pretty much horrible choices for various reasons and were even shat on very publicly by beloved Peruvian Nobel-prize winner Mario Vargas Llosa who described the second round of voting in the election as a choice between Aids and cancer. Shitty. 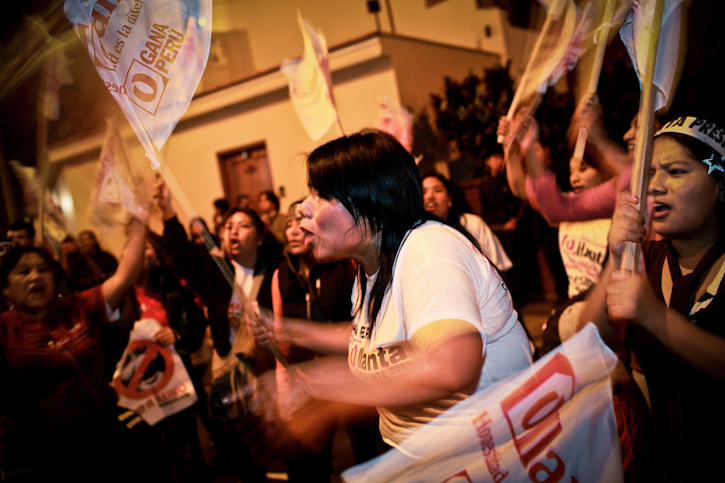 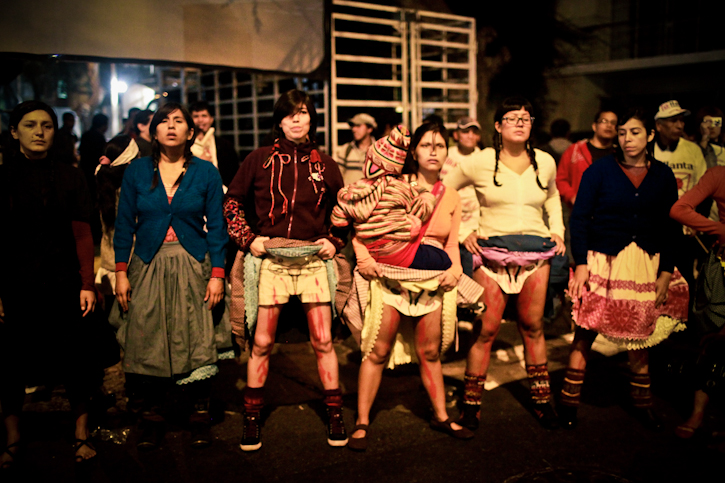 Above is a demonstration by a group of activist women symbolizing Alberto Fujimori's involvement in the forced sterilizations of up to 300,000 indigenous women from 1996 to 2000. 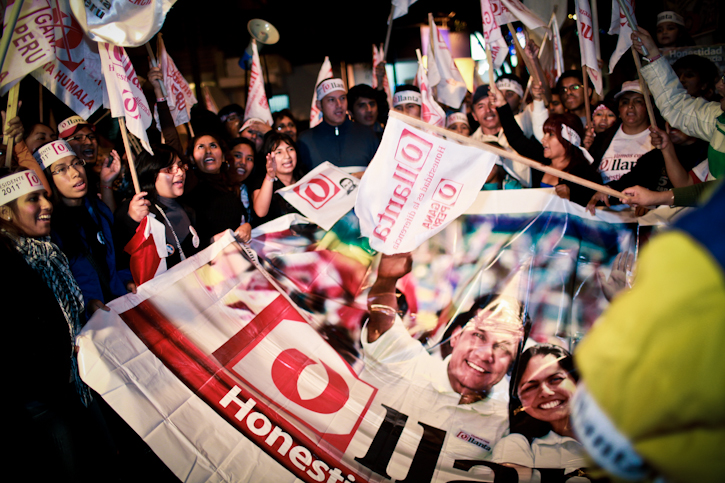 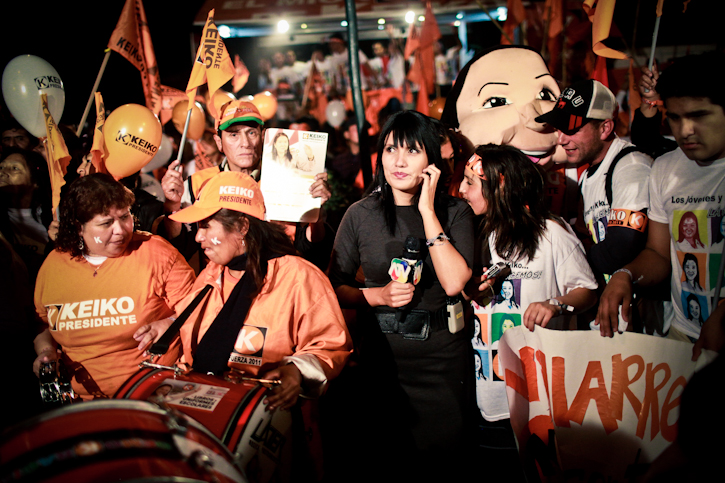 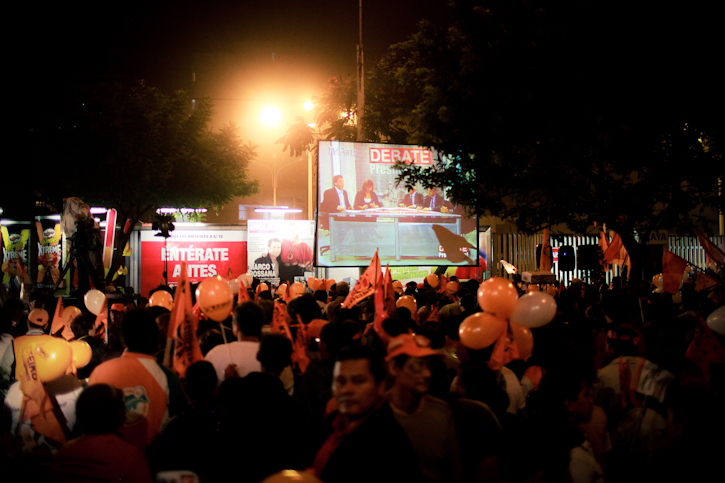 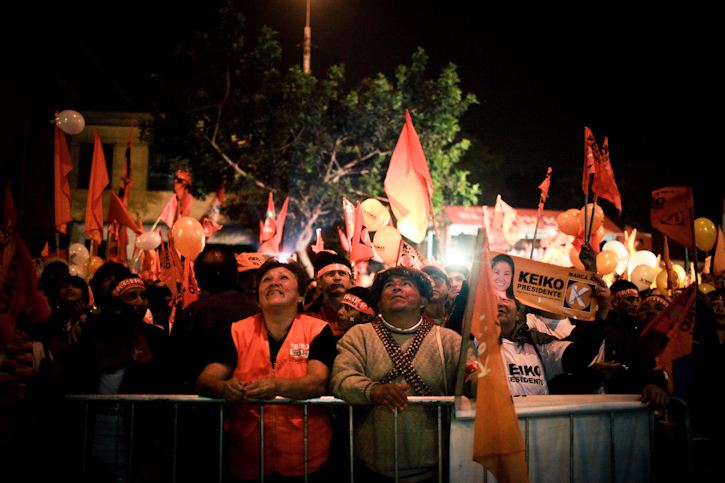 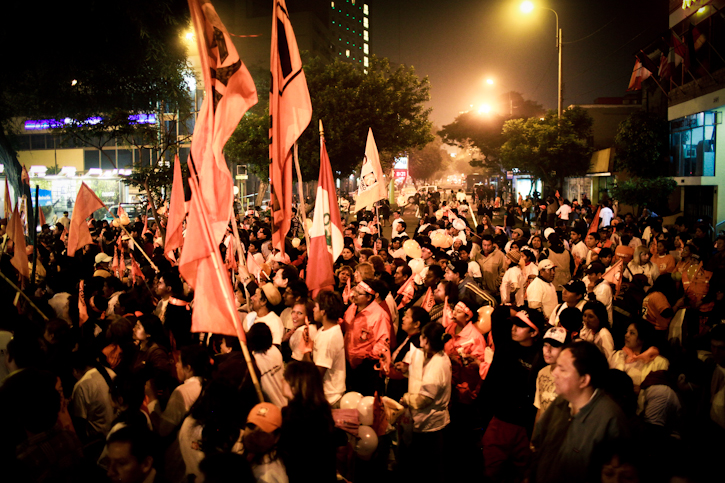 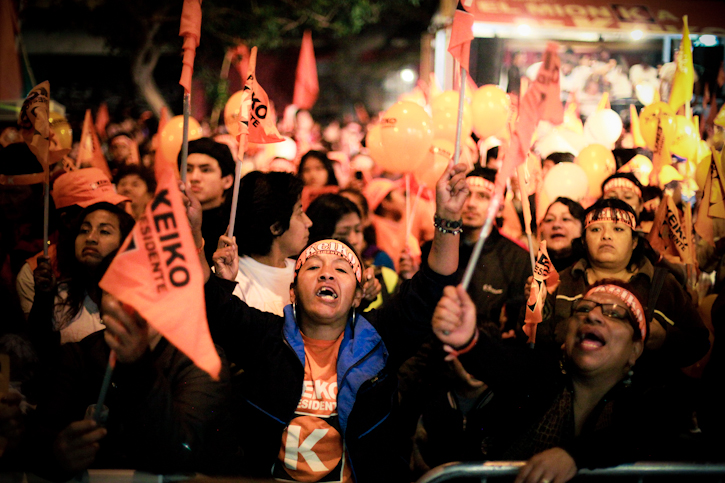 Thanks for stopping by. I promise to find more of my photographs from deep within the abyss of my harddrives and share them with you again real soon. :)
Email Post
Labels: Documentary Lima Peru