My buddy and I had pit tickets for a fantastic concert, LA 101, thrown by LA Weekly at the Gibson Theater in Universal City last week.
Thievery Corporation came on around 7:30 PM 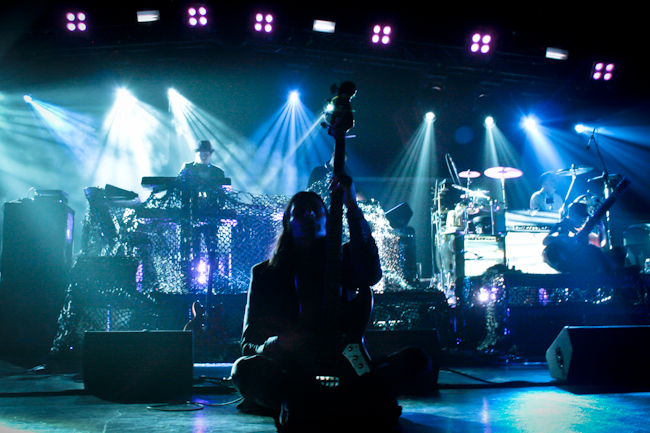 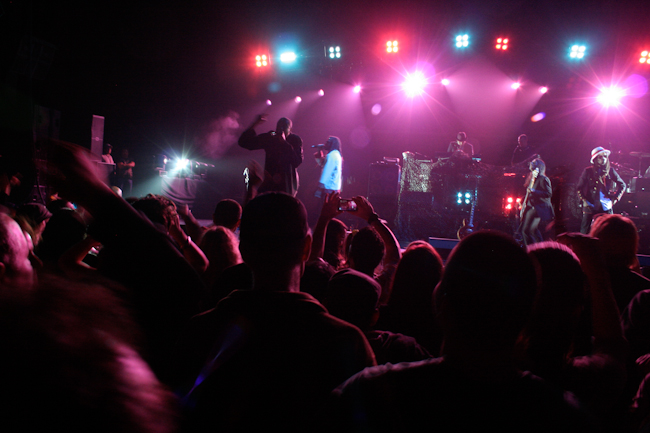 They immediately had the whole crowd movin' on their feet. 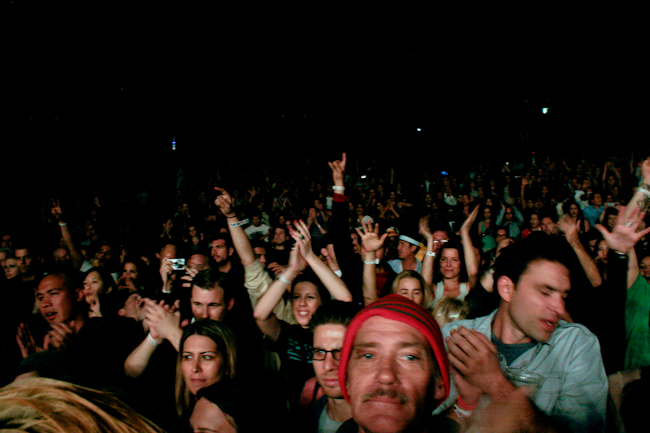 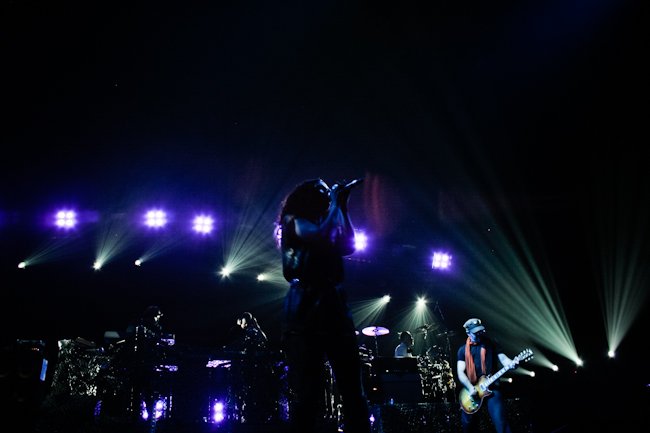 During the hour-and-a-half that they had us eating out of their hands, they brought on several different singers. It felt like a new band came on every 10 minutes, each equally enticing in their own unique way. 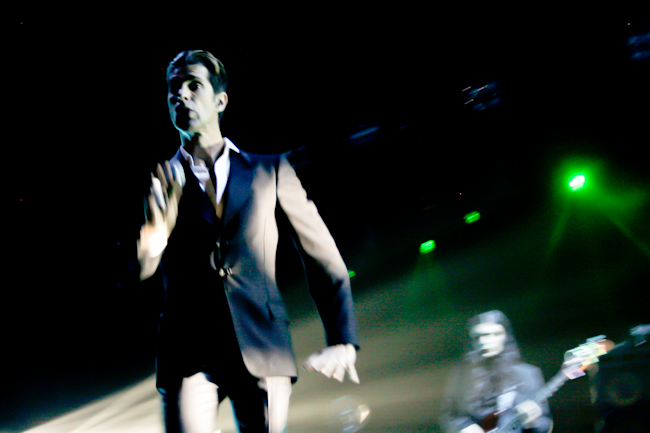 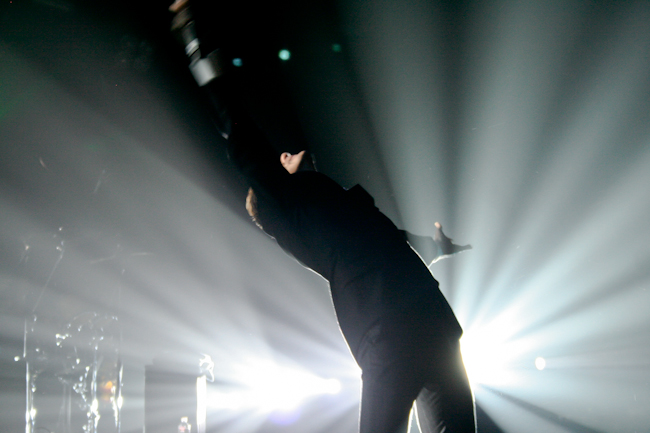 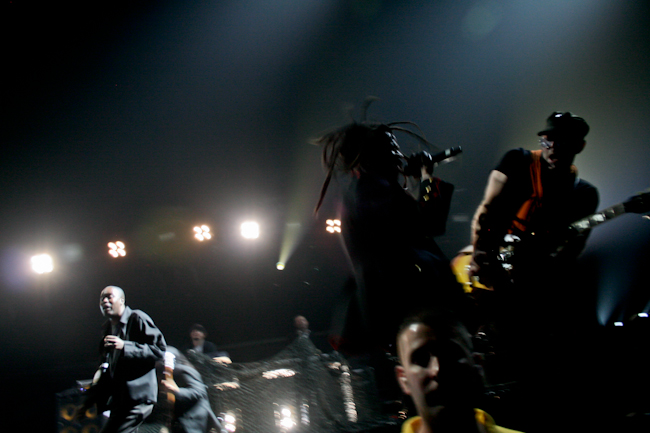 This security guard in the front kept getting in the way of my pictures and he later ended up being the butt of the band's joke... 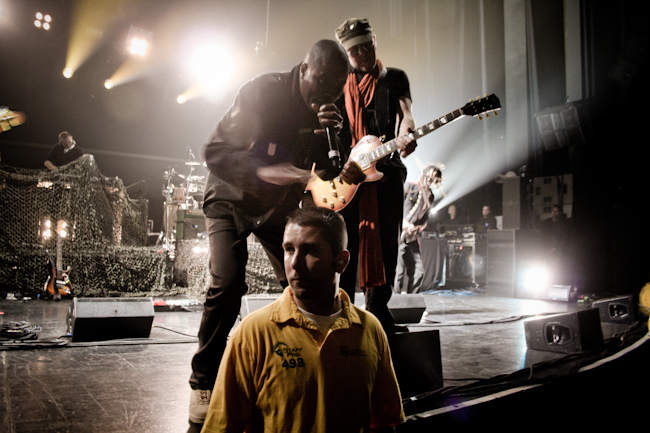 The singer used his head as a human scratch record during a corresponding part of the track. It was pretty damn funny, he had absolutely no idea that hundreds of people were laughing at him for about 2 minutes.  Until I told him later and showed him the photos, of course.  He laughed and took my business card to have 'em emailed. 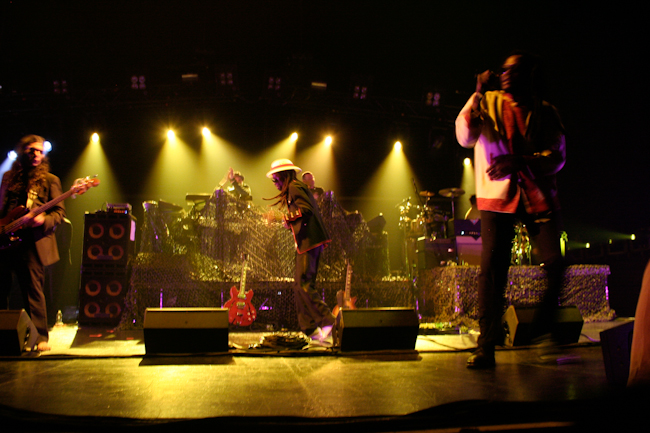 Thievery's set was so incredibly satisfying, we were damn near spent.  "I need a cigarette and a nap," is what we muttered in our after-glow... and we still had Massive Attack to endure!
We stretched, crouched down to talk with some friendly strangers in the pit and got ready for the second half of the show.... 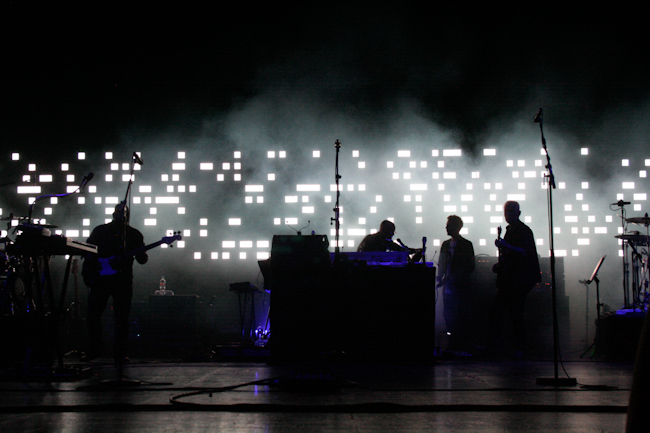 The lighting effects only added to the intriguing peculiarity of Massive Attack's music. 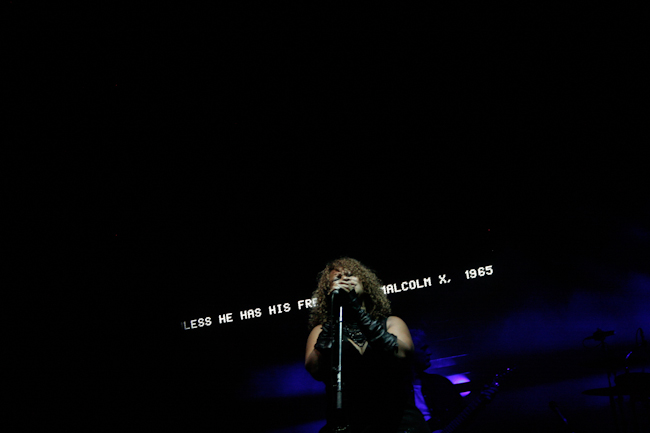 And they continually displayed various sociopolitical messages during their performance. 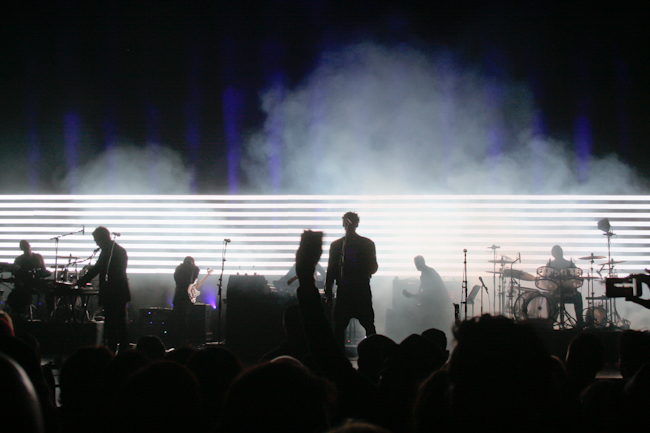 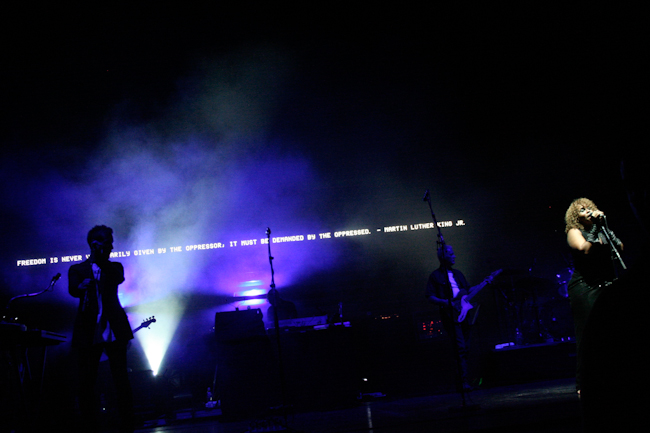 This video was taken by another attendee in the mezzanine section.
Watch it to get a gist of how the show went. 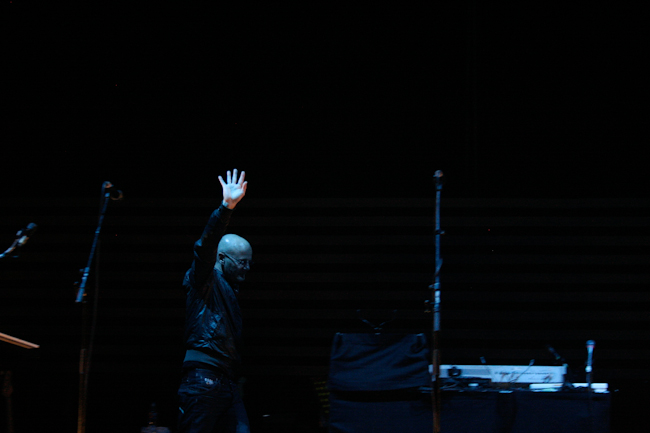